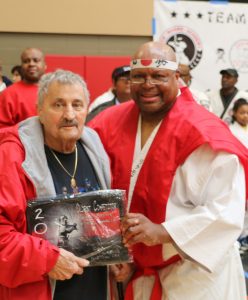 At first, it was good to see Sensei Barrett, when I first the open the side door entry to the Gym. They were honoring some Master Instructors as I arrived.  After greeting the Team TAMA, I proceeded to go to the front. After taking pictures of people being honored like George Annarino, I was thrilled to see everyone there since many years ago; I had attended Rick Moore’s Karate Tournament. As I was approaching toward the front, a young man called out my name, and it was Bob Harris Jr. I was elated to see him and to tower over me, at least, a foot high. He was just below my shoulders when I last saw him over 25 years ago. He proceeded to ask me if I had seen his Dad.

Bob Harris Sr. and I gave each other a huge greeting hug and it was real nice to see him and his team. We had both fought against each other in Sensei Demetri in Kentucky. It was the Chito Ryu Nationals held yearly.  I saw others but frequent but not Bob. It was awesome to see with others including Jeff Naayers whom I have NOT  seen in the last 15 years, a disciple of Wah Lum Pai system. I also have NOT seen Louis and his wife, who was covering the Rick Moore’s Karate tournament for their magazine. They will be at our tournament to cover the event.
I had invited others to our April TAMA Nationals and hopefully that our tournament will be a festival of friends other than competition among competitors.

I eventually start judging and got lost in the mingling with friends whom I have NOT seen for ages.
I took some pictures of the students and some I was NOT able to watch them compete since I had judged the black belts. Our TEAM TAMA did well. I am proud of these kids being in front of their peer group competing the best they can. They held their postures.  Thank you to Mrs. Metcalf for taking a lot of pictures for me while I was judging. 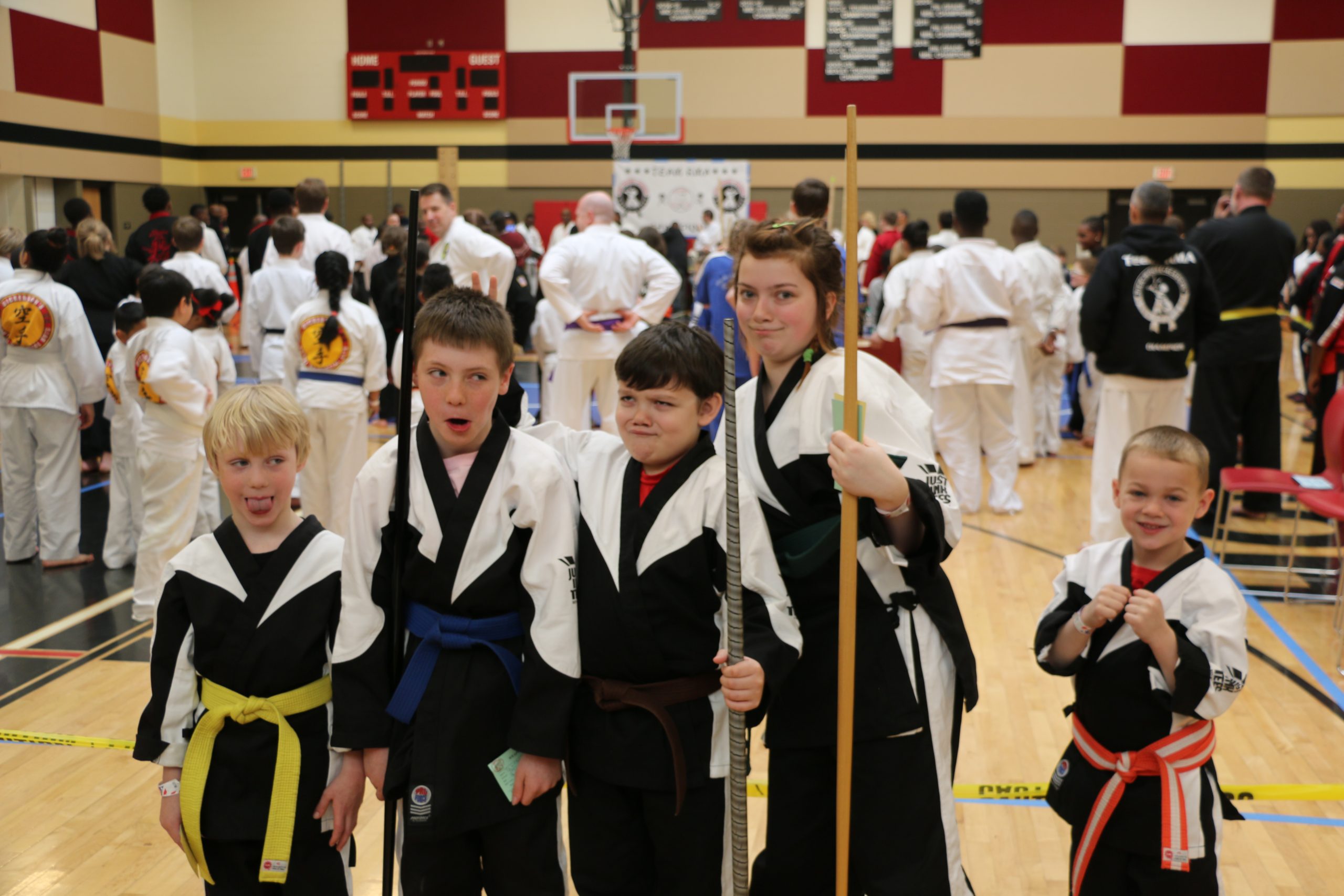 It was a good day for the trip to Columbus because it was a two part trip. The Rick Moore’s Karate tournament and visiting my older brother Alex who had first encouraged me in my martial arts endeavors. One of the most enjoyable tournament I have attended in many years because of great friends seeing each other grow old and perhaps wiser.