Fall has come and it is here to stay at least for a while. We fall back on time last week and so last week we experienced the exciting Tama Halloween Costume contest/piñata event for our kid’s martial arts students. It is very exciting to see these kids dressed up in their own unique costumes. Some are adorable and some are awesome but some are questionable?

Tama Martial arts hosted the Halloween Costume Contest this 2019 was a great success!

We eventually have over 25 kids participated in our Halloween Costume Contest and Pinata Party. Each Pinata was designated for each particular age group because of the large outcome every year. This is our way of celebrating with our kid’s martial arts and a safe environment without having to deal with the weather outside.

Breaking the Pinata had no hitch and was very successful in those three age groups. They lined up to take turns in hitting the Pinata without being blindfolded in which we had done in the past years. The three Pinatas were completely full of goodies for them to take turns in trying to break it open by swinging the stick in their hand. That was the best part of the Halloween Costume Contest event.

We started on time at 5:30 even though we waited for at least 10 minutes before we handed out some candies at first. The children lined up to receive different varieties of candies. Right after that, the children in each particular age group lined up to be voted who had the best or their favorite costume. Each kid was voted with applause from their peers. There are times, it was hard to distinguish who had the loudest applause from their peers. Anyway, each age group from 3 to 6, then 7 to 9 and 10 on up was given each First, Second and Third places bag of goodies that I had arranged before the event. 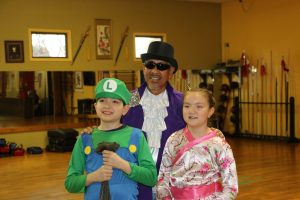 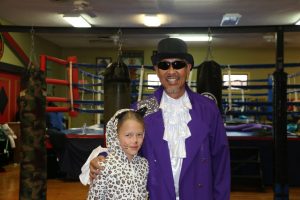 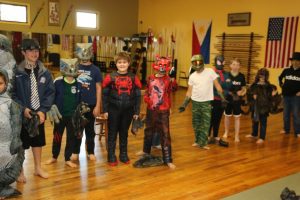 Unfortunately, there were other kids who came later after the Halloween costume contest. However, Pinata breaking was always the last event of the evening. It was a riot for sure every year for the Pinata event. Those who came late were still able to participate in the most exciting event of the evening. I gave candy goodies to those who came late and perhaps we will stage that at a later time in the evening so every child has a chance to compete for the best costume and get a panel of 5 kids from different age groups to judge next year. The event was finished by 6:30 pm. It went rather fast at least with me and the kids wanted more things to do. Next year will just have the martial art kids have their evening with games and other events to be able to win some prizes.