If you do not recognize him yet, GM Taningco has been engaged in the martial arts since 1964. 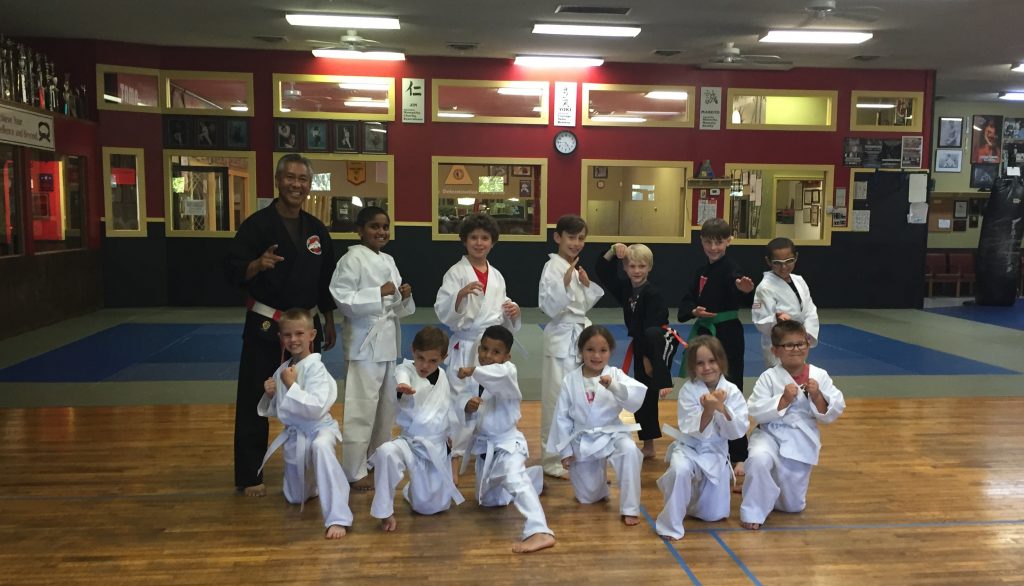 TAMA Family Martial Arts is devoted to really help trainees set and accomplish their immediate as well as long-term objectives. Their desire is to impart trainees the martial core values of discipline, determination, dedication and confidence. Actually, they have the quote stating,

“TAMA … establishing knowledge in the mind, sincerity in the heart, as well as strength in the body with martial arts training, since 1976.”

TAMA Martial Arts provides Centerville karate lesson that focus on Kenpo Karate Jiujitsu. Our special Tama Kenpo Karate training program adhere to the traditional approaches nonetheless relatively streamlined. Regardless of its simplicity, it is still challenging for martial artists when evaluated to that of the other karate course in present times. It is identified to be less complicated to master than to traditional Chinese Kung-Fu.

With our training program, we assist trainees boost their physical, mental, and also spiritual abilities. Our team highly understood that by building these specific abilities, the Centerville adult karate trainee’s strength, stamina, self-confidence, and self-esteem are developed at the same time. Come, join the Centerville karate classes near me!

The Kung Fu training program at TAMA is based upon the “T’ien Shan Pai” Kuo-Shu “long fist” combating system from Northern China. This style is described by it sweeping as well as graceful motions. While learning our system you will certainly discover how to enhance your balance, stamina, flexibility and the ability to defend yourself if the need arises. You will obtain the self-confidence and discipline that will help you in various other aspects of your life.

Our educational program is structured to allow the trainee to gradually grow as well as improve with each level they achieve. We provide lots of empty hand and weapons forms together with self-defense strategies for today’s world.

Our Filipino Martial Art (FMA) course is an exciting blend of conventional as well as contemporary Filipino Kali with Eskrima and Jeet Kune Do (JKD).

Kali is known for its dynamic footwork, fluid hand approaches, and powerful weaponry. When these elements put together, Kali is a complete martial arts training as well as self-defense program.

Kali’s versatile strategies are integrated such that the methods and principles are essentially interchangeable whether you are using sticks, knives, or empty hands or some combination of the three.

Our Adult Brazilian Jiu-Jitsu (BJJ) and Centerville kids jiujitsu training program is one our most popular and also exciting courses. The students are taught the Art of Practical combative Jiu-Jitsu and also Sport grappling targeted for those interested in taking part in Jiu-jitsu tournaments and also Mixed Martial Arts (MMA) competitions.

In addition to our long-standing connection with Sensei Shawn Hammonds, TAMA is also an associate of Professor Luiz Palhares, one of the rare people presented the rank of 8th Degree Black Belt in Brazilian Jiu-Jits by GrandMaster Carlos Robson Gracie in 2018. After training with the legendary Rolls and also Carlos Gracie, Luiz Palhares started training under the undefeated Rickson Gracie, (who is claimed to have more than 400 fights with one disputed technicality).

Come and discover the Centerville muay thai kickboxing from Manuel Taningco that has actually been teaching genuine Muay Thai, as well as kickboxing for over two decades. He has actually instructed professional and also non-professional warriors. Taningco is the most established Muay Thai coach in the Tri-State location. We also have a competition team for those that want to compete amateur and also professional.

Taningco is a certified muay thai trainer under Kru Vut Kamnark of the United World Muay Thai Association. He has actually educated under Master Gasper, who likewise combated in Thailand (his 1st Muay Thai trainer), Master Dan Inosanto, as well as Kru Vut, Kru Sakasem, Kru Pongyin are all from Thailand. So participate in the dynamic course taught by the one and only Master Taningco.

The name of our style (RYU) is Icho and also has a very special value. The Patch we wear on our gi is a concept of 3 ginkgo leaves. “Icho” is Japanese for ginkgo. The 3 leaf layout is Sensei Lau’s family crest. The 3 leaves represents mind, body, and also spirit. The Icho Ryu oath reads:

As you train the Centerville Aikijutsu you should constantly attempt to develop these 3 standards.

T’ai Chi Ch’ uan (also translated as “Taijiquan”), is a “soft” fighting style coming from the” Inner Family” (Nei Jia), together with such martial arts as Pa Kua Chang (Baguazhang), and likewise Hsing-I Ch’ uan (Xing-Yi). T’ai Chi boosts the extra exertive, “external” (Wai Jia), martial arts, like Kenpo Karate and also Muay Thai. Translated, T’ai Chi Ch’ uan shows “Ultimate Boxing” or” Endless Fist,” and also can be mapped back to the old Taoist “Chang, San-Feng,” though the system could have existed for 1000s of years prior to that time in a much more basic form and also under a various name.

No matter when or precisely by whom it was started, Centerville TaiChi appears to be straight connected to and also rooted in Taoist principles of Yin and also Yang.

Centerville Krav Maga is a contemporary, as well as dynamic, armed forces self-defense and also combating system developed for the Israel Defense Forces (IDF) as well as Israeli security forces originated from a combination of techniques sourced from Boxing, Wrestling, Judo, Aikido, Filipino Kali, Muay Thai, Jiujitsu, as well as Karate. Its focus on real-world combative scenarios as well as their effectiveness as well as efficiency. Imi Lichtenfeld who was the founder of Krav Maga– with his experience from the street-fighting experience of Hungarian-Israeli martial artist took advantage of his training as a boxer as well as a wrestler.

Each tough as well as rewarding Centerville Martial Arts system has its special focus and personality that inspires our students to grow, not just physically, but also mentally, emotionally, and also mentally. With all courses offered in the same martial arts facility, trainees additionally have the possibility to cross-train in as many other disciplines as they desire to find what best satisfies their personal goals. With appropriate martial arts training methodology as well as studies, continuous research, as well as fine-tuning of practical application, TAMA gives trainees a blueprint for success.

Take note that Centerville Martial Arts training courses are not just for adults but also for little ones. The classes for youngsters and adults are separated by age group. This is necessary so the licensed martial arts instructors are better able to present the material to target the physical and also mental capabilities suitable for that age group.

Our Centerville kids karate classes emphasizes the tools to equip this age group physically, mentally, and emotionally. Our Centerville kids karate lessons as well as kung-fu courses are well-suited to the learning needs of younger students to develop their physical toughness and also coordination skills. Through establishing their physical abilities, youngsters not just literally build physical capabilities, but also create various other qualities of self-confidence, self-esteem, self-sufficiency, and also an understanding of accountability.

This will likewise assist establish lifelong skills and discover practical Centerville kids self defense techniques which can use as Centerville kids anti-bullying approach. Their courses also afford children the possibility to create their sense of sociability, as the classes give the chance to meet, connect, as well as grow with their new-found buddies through the common bond of the martial arts. Tasks are conducted by the team help them know the value of diversity, teamwork, and also unity.

The Mighty Mite class is an unique course created for kids who are about 4 to 6 years of ages. Youngsters at this age are seen to be vibrant, very curious, as well as interested with discovering new things. Centerville Kids Martial Arts class maximizes these energies while offering age-appropriate activities to channel their passions and also abilities. Our training program supports their focus, their fascinated capabilities, self-discipline, as well as respect, and also infuses self-esteem. Enroll your child now to be find out Centerville kids taekwondo as well as karate program. TAMA Martial Arts facility is no. 1 training school featuring kid’s karate Centerville Ohio program.

Centerville Adult Programs (For Age 13 And Up)

Our adult programs range all 8 of our martial arts training disciplines. Each system is presented in a dynamic manner that begins a firm foundation of fundamental techniques as well as advances into a lot more complex abilities. These systems provide proven, classical training approaches that consistently evolve to fulfill the students’ requirements as they develop. No matter if the objective is Centerville self-defense or self-discovery or both, TAMA’s adult programs give the accurate degree of martial arts training required to attain these goals.

Protecting oneself has been really vital nowadays. And you can just accomplish it if you have actually been taught well in the best academy and with certified trainers. Look no further, Centerville Martial Arts can provide you the exact level of training program you will certainly be needing to manage life’s hazards and instances. We will assume you and will be expecting having you with us at our training program.