It is indisputable that in the world today, kids have been exposed to different kinds of media. It has been a fact that nowadays, most children prefer to sit in a couch, watch TV or play video games. These activities may sound fun for children. But parents must reconsider it and be able to realize that such activities are not healthy for children’s body nor their mind. Watching TV does not only give your child entertainment but also presents knowledge and information for your kids. It would be great for a parent to know if what his kid has learned from it are definitely useful and helpful but what if he only learns some things parents did not expect and would not even want their children to have idea about such as violence and terrorism. 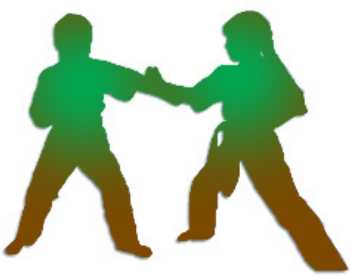 It has been observed in schools that students play with their pencils pretending to be holding a gun pointing it to a classmate. Does it not sound alarming? This is just an example of the effect of this kind of media being introduced to kids. Parents think they are guiltless when they are able to provide their children’s needs yet what they do not know is that they become blind of the negative effects brought by their own action towards raising their children.

There are actually a lot of options parents can do as they raise their children leading them to the right path. One of these is Martial Arts. It is now considered as one of the best activities children may do to fight boredom and to keep themselves away from TV and video game addiction.

Through Martial Arts, children learn to not only sit down, which is a risk to their health and is not good at all, instead they learn to do activities which involve exercise. It could be better if at their very young age they already have an idea on how to take care of themselves so as when they grow older they will know the value of their body and their life.

When you think your child has been hooked on TV and video games, then it is time for you to make a move. Do not let another second waste the time of your child and another minute break your child’s future. Show him your love and your care by not only thinking of the moment but of his future as well.  Start building your child’s future by letting him join us here in TAMA Martial Arts where he learns techniques  and gains self-confidence as well.